Exactly When Does a Claim for Legal Malpractice Become Time-Barred? Understanding the Continuous Representation Doctrine 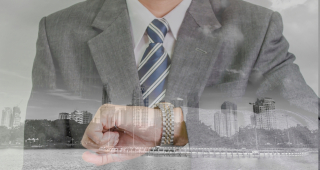 It is widely understood that the Statute of Limitations – the timeframe in which it is appropriate to file a claim – for Legal Malpractice in New York, as in many jurisdictions, is three (3) years1.  However, when does a potential claim accrue, thus commencing that three year period? When does it expire? “A legal malpractice claim accrues when all the facts necessary to the cause of action have occurred and an injured party can obtain relief in court'".  “In most cases, this accrual time is measured from the day an actionable injury occurs, even if the aggrieved party is then ignorant of the wrong or injury"2 (McCoy v Feinman, 99 NY2d at 301, quoting Ackerman v Price Waterhouse, 84 NY2d at 541).  Therefore, accrual generally begins when the malpractice actually occurs, as opposed to when it is first discovered.

In a CPLR § 3211(a)(5) Motion to Dismiss a claim as time-barred under the Statute of Limitations, the burden of proof concerning the expiration of time is on the Defendant.  Once proven, the burden of proof shifts to the Plaintiff to provide a reason as to why time has not expired.  This is where the Continuous Representation Doctrine becomes relevant.  A Plaintiff may be able to claim that despite the accrual of a malpractice claim having occurred in excess of the three year Statute of Limitations, the Statute is tolled where the attorney continues to represent the Plaintiff.  The Continuous Representation Doctrine serves the purpose of rendering timely, an otherwise untimely claim for legal malpractice.  Plaintiffs will often try to use this Doctrine to their advantage to the extent that the Statute of Limitations does not begin to run until the Defendant’s representation of the Plaintiff ceases.

A very recent (July 5, 2018) Appellate Division decision underscores these points.  The Plaintiff in King Tower, Id., retained the Attorney-Defendant in connection with the procurement of a loan from Co-Defendant G & G Funding Corp. with regard to certain real property owned by the Plaintiff.  Two years after execution of a mortgage on the property, G & G Funding Corp. declared a default on the loan, resulting in the Plaintiff’s execution of a deed and contract of sale transferring title to G & G Funding Corp.  Plaintiff alleged that the Attorney-Defendant improperly advised it to execute the deed on the basis that the deed would be held in escrow, the other defendants could not collect rents from the properties, and the Plaintiff reserved a right of redemption.

The Attorney-Defendant appealed the Supreme Court’s denial of his CPLR § 3211 Motion to Dismiss.  Attorney-Defendant was able to establish through documentary evidence, that that malpractice claim accrued on January 5, 2012, the date on which the Plaintiff executed the deed and contract of sale to G & G Funding Corp. on the legal advice at issue.  It was not until the execution of the deed that an ascertainable damage was made certain.4   Plaintiff commenced the malpractice action on February 27, 2015, just barely in excess of three years.

Thus, the Appellate Division Second Department overturned the decision of the Supreme Court, granting the Attorney-Defendant’s Motion to Dismiss and dismissing Plaintiff’s claim for legal malpractice as time-barred pursuant to CPLR § 3211(a)(5).

Notwithstanding that an attorney may continue to represent a client up to and including the date of filing a Complaint against the same for legal malpractice, CPLR § 214(6) can be a useful tool in the arsenal of a Defendant-Attorney.  As the Statute of Limitations will only toll insofar as the continued representation relates to the specific subject matter on which the Plaintiff bases its’ legal malpractice claim, a Defendant-Attorney would be wise to remember that a claim may still very well be time-barred despite continuing representation.  The law is rarely black and white, and while the Continuous Representation Doctrine was devised to provide some flexibility to Plaintiffs in their ability to bring a claim for legal malpractice, its’ caveats are there to equally aid the Defendant in its ability to defeat such claims.

This article was prepared by Andrew Jones and Jason Seiler of the New York City-based law firm of Furman Kornfeld & Brennan LLP. Andrew and Jason work as part of a team of 15 lawyers and paralegals devoted to the defense of attorneys and other professionals in malpractice and disciplinary matters, as well as the defense of construction and personal-injury accidents. For more information about the above topic or the authors, please visit: www.fkblaw.com