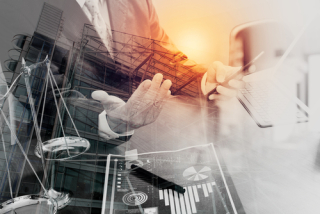 Attorneys have a duty to exercise reasonable care and to make sure that clients receive zealous representation. Increasingly though, client are unsatisfied with services received, or results obtained. Legal malpractice claims stem from being retained by a client, who is SO unhappy with the results, or believes something went so wrong sufficient to file suit. Getting sued is not something any attorney wants, but unfortunately it is well reported that legal malpractice claims are on the rise. A recent decision from the United States District Court for the Eastern District of Pennsylvania offers some limited support at least: finding that a shorter statute of limitations for claims against attorneys should apply.

On December 13, 2017, the United States District Court for the Eastern District of Pennsylvania dismissed a legal malpractice claim brought under a breach of contract theory, concluding that the conduct that purportedly gave rise to the claim sounded in negligence, not breach of contract. Brenco Oil, Inc. v. Blaney, 2017 U.S. Dist. LEXIS 204775, WL 6367893 (2017). Brenco expressly rejected prior Pennsylvania case law holding that if a plaintiff could show that an attorney had breached his or her contractual duty to provide legal service in a manner consistent with the profession at large, then the plaintiff could bring an action against his attorney under both breach of contract and negligence theories. Brenco is significant because the statute of limitations for a breach of contract claim in Pennsylvania is 4 years while the statute of limitations for a negligence action is 2 years. While the time periods at issue differ, Brenco also brings Pennsylvania in line with New York in respect of dismissing would be “breach of contract” claims against lawyers.

Brenco Oil is an oil and gas company that retained the Brann law firm to identify owners of land in order to buy oil, gas, and mineral rights to the land, and sell them for a profit. On December 13, 2017, the United States District Court for the Eastern District of Pennsylvania dismissed plaintiffs’ legal malpractice claim that was brought under a Breach of Contract theory. The court held that plaintiffs’ allegations sounded in tort due to the facts supporting a count for professional negligence, rather than breach of contract.

The Brenco decision which bucked that trend was made in part based upon the Pennsylvania Supreme Court case, Bruno v. Erie Ins. Co., 630 Pa. 79, 106 A.3d 48, 68 (Pa. 2014). In Bruno, plaintiffs purchased homeowners insurance from defendants, who agreed to pay monies to plaintiffs if there was any direct physical loss to the property caused by mold. Mold was discovered, but defendants refused to pay, so plaintiffs filed a complaint which had a count for professional negligence. Defendants argued that the negligence claim was barred by the “gist of the action” doctrine, which states that an alleged tort claim against a party to a contract is barred when the gist of the cause of action that sounds in negligence is actually a claim against the party for breach of its contractual obligations. The appellate court disagreed and held that the claim was not due to failure to perform per a contract, but was instead for a negligent failure to exercise reasonable care resulting in injury. In Brenco, the district court applied the Bruno court’s rationale, and expressly rejected Bailey and Gorski.

In considering whether claims are redundant of the legal malpractice claim, the Courts analyze whether the plaintiff has alleged distinct damages flowing from the other causes of action. For example, in Postiglione v. Castro, 119 A.D.3d 920, 990 N.Y.S.2d 257 (2d Dept. 2014), the Appellate Division reversed the trial court’s decision dismissing plaintiff’s causes of action for fraud and breach of contract. The Appellate Division found that the plaintiff sufficiently alleged distinct damages arising from the defendant’s alleged fraud and breach of contract. See also Vermont Mut. Ins. Co. v. McCabe & Mack, LLP, 105A.D.3d 837, 964 N.Y.S.2d 160 (2d Dept. 2013) (holding that where tortious conduct independent of the alleged legal malpractice is alleged, a motion to dismiss a cause of action as duplicative is properly denied).

With legal malpractice claims on the rise, the US District Court for the Eastern District of Pennsylvania Brenco decision -- finding that a shorter statute of limitations for claims against attorneys should apply -- at least provides attorneys with some (if only temporal/procedural) relief. Under both Pennsylvania and New York law, the focus of the analysis is on the cause of the injury, and only where there is a completely separate contractually bargained-for benefit will a cause of action for breach of contract survive against an attorney, with the resulting longer statute of limitations. Attorneys in both states would do well to ensure that their retainer agreements accurately reflect the exact scope of the work being performed.

This article was prepared by Andrew Jones and Safiya Cooper of the New York City-based law firm of Furman Kornfeld & Brennan LLP. Andrew and Safiya work as part of a team of 15 lawyers and paralegals devoted to the defense of attorneys and other professionals in malpractice and disciplinary matters, as well as the defense of construction and personal-injury accidents. For more information about the above topic or the authors, please visit: www.fkblaw.com

We trust that the above article was useful and thought-provoking; however, please note that it is intended as a general guide and opinion only, not a complete analysis of the issues addressed, and readers should always seek specific legal guidance on particular matters.For more information on LPL coverage generally, contact USI Affinity today.