Brace for Impact: The Rise in Trusts & Estate Claims Against Attorneys 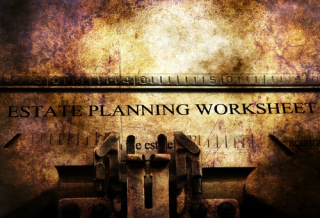 It is no secret that malpractice claims against attorneys have been rising on a national level since the American Bar Association (ABA) began compiling statistics, with allegations of wrongdoing in plaintiff’s personal injury and real estate matters being the most common.  However, trusts and estates claims have also been steadily rising over the last 30 years, from just shy of 7 percent of all malpractice claims in 1985 to 12.05 percent in 2015.  Although these may appear to be small numbers at first blush, this represents a nearly a 75 percent increase1.

This number is certain to rise in the coming years, with commentators and experts predicting a statistically significant spike due to several factors acting in concert.  Thanks to humanity’s advances in science and medicine, humans are living longer than ever.  In the United States, the average life expectancy of a child born in 2015 was 78.82 years , whereas a child born in 1970 could expect to live an average of 70.83 years .  An aging population, combined with the huge number of people born just after the end of World War II (and more generally between 1946 and 1964), known colloquially as the Baby Boomers, results in more elderly deaths and the highest transfer of wealth than at any other time in this country’s history.  An aging population also translates into a greater incidence of Alzheimer’s disease and dementia, raising questions of mental capacity, elder abuse and undue influence when estate plans are unexpectedly changed.

As the pool of older Americans gets larger and larger, the number of heirs and beneficiaries disputing over an estate increases as well, with a concomitant rise in claims against attorneys who draft estate planning documents, represent estates and clients during litigation, and/or act in a fiduciary capacity over estates and trusts.  Among malpractice claims asserted against trusts and estates practitioners, the most common form occurs when a beneficiary claims that they have received less of decedent’s assets than they believe they were entitled to, but for the negligent estate will and/or trust drafting or advice on the part of the attorney.  Less common, but still frequent, are instances of scrivener’s errors (drafting omissions such as failing to include a residuary clause or a self-executing affidavit where witnesses predecease the decedent) and failing to appreciate various tax consequences.

There are varying levels of general protection afforded to trust and estate attorneys depending upon the jurisdiction. States such has New Hampshire and Montana afford the least level of protection by burdening the attorney with a duty of care towards non-client beneficiaries. They do this under the theory that the retention’s primary purpose is to ultimately benefit the natural object of the decedent’s bounty.  In Florida and Iowa, an attorney is liable to non-client beneficiaries only when the decedent’s intent has been frustrated and the negligence is clearly evident within the four corners of the trust document or last will and testament.

Given the continued rise in these types of claims and the fact that 80 percent of attorneys (irrespective of level of experience) can expect to be sued at least once during their professional lifetime, trusts and estates attorneys should be particularly vigilant in order to protect their clients, as well as themselves.  Beyond keeping abreast of the law and avoiding scrivener’s errors, the most important protective measure is direct, frequent and documented communications and disclosures, as the greatest number of claims against attorneys are due to poor communication or miscommunication.

A trusts and estates practitioner must clearly and specifically define the client and scope of services to be performed in his or her retainer letter.  All communications to the client should be also documented in writing to the greatest extent possible.  If drafting a testamentary or inter vivos document, a careful attorney will insist that their client clearly document their wishes, and triple check the instrument to ensure it matches with the client’s wishes.  This “best practices” communication rule should ideally be extended even further.  For instance, an attorney should encourage their clients to make full disclosures regarding their estate plan to beneficiaries and non-beneficiaries alike.  This should be strived for particularly where the client intends to make disproportionate distributions of his or her assets, and will help prevent estate disputes which could ensnare counsel.

Although there is no way to entirely eliminate the exposure from these types of claims, taking considered steps to be more careful and communicative can prevent a trusts and estates practitioner from becoming another malpractice statistic.

This article was prepared by Andrew Jones and Benjamin Oxenburg of the New York City-based law firm of Furman Kornfeld & Brennan LLP.  Andrew and Ben work as part of a team of 15 lawyers and paralegals devoted to the defense of attorneys and other professionals in malpractice and disciplinary matters, as well as the defense of construction and personal-injury accidents.

For more information about the above topic or the authors, please visit: www.fkblaw.com.We trust that the above article was useful and thought-provoking; however, please note that it is intended as a general guide and opinion only, not a complete analysis of the issues addressed, and readers should always seek specific legal guidance on particular matters.For more information on LPL coverage generally, contact USI Affinity today.