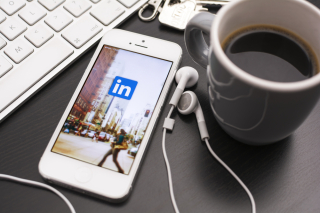 Even though social media has become ubiquitous in daily life, lawyers must keep in mind that ethical obligations apply to their online activity. As professionals, lawyers need to understand the benefits of social media and avoid ethical pitfalls. It should not be a surprise that social media platforms may cause lawyers serious ethical pitfalls contrary to the Rules of Professional Conduct. So whether a lawyer is a fan of Facebook family photos, Instagram’s photos from last night’s sushi restaurant, LinkedIn’s networking, Reddit’s answers or Twitter’s threads, a lawyer’s ethical obligations still apply.

In general, advertising a lawyer’s services can be an ethical pitfall. When it comes to advertising on social media, the bar is the same. The American Bar Association Formal Opinion 10-457 concluded that under R.P.C. 7.1, lawyers must not have false or misleading statements on their websites. Even professional websites, such as LinkedIn, could become an ethical pitfall for lawyers. Although the LinkedIn profile is not generally considered lawyer advertising, certain statements on the profile can still lead to a violation of the Rules of Professional Conduct.

R.P.C. 7.4, Communication of Fields of Practice, permits lawyers to communicate that the lawyer does, or does not practice in particular fields of law. LinkedIn profiles risk violation of R.P.C. 7.4 where the lawyer lists his or her practice areas under the heading “specialties” when the lawyer is not appropriately certified as a specialist in that field of law. Many states, including New York (see NY State Ethics Opinion 972) concluded that law firms may not do so at all. As a consequence, lawyers must remain mindful of their statements of expertise and specialties on professional social media platforms when attempting to advertise their skills to potential clients.

Lawyer advertising on social media may also create a conflict of interest with current clients. Under many states’ Professional Conduct Rules, a conflict of interest may arise where there is a significant risk that the lawyer’s professional judgment on behalf of a client will be adversely affected by the lawyer’s own financial, business, property or other personal interests. A lawyer’s positional statement about a legal development on a social media platform in an attempt to market his or her legal services could inadvertently create a business conflict with the lawyer’s current clients4.  A quick tweet against a tax bill which provides private jet owners a significant deduction may not be wise for a tax lawyer. As a reminder, conflict of interests are also imputed to the lawyer’s firm5.

The advertising problem continues when the lawyer’s social media platform includes statements reasonably likely to lead to an expectation about results he or she can achieve. The New York County Lawyer’s Association Ethical Committee Formal Opinion 748 concluded that a client testimonial of a lawyer’s services may run afoul of R.P.C. 7.1. “Thanks for the $1 million settlement” posted by a client on their lawyer’s Facebook feed visible to others may lead others to believe the lawyer can achieve similar results for them. Although disclaimers should be used stating that “prior results do not guarantee a similar outcome,” a lawyer cannot state that it was the client’s fault for placing the misleading statement on their homepage. In some instances, disclaimers may not be enough. If a lawyer has the disclaimer on his or her profile page, but the client testimonial appears on the lawyer’s Facebook news feed, individuals may not see the disclaimer on the profile page. Thus, lawyers must remain competent and remove such client testimonials from their social media platforms if the disclaimer is not properly placed6.

Putting aside false or misleading statements, a lawyer’s true statement on a social media platform gives rise to multiple concerns as well. Ever talk with someone on Facebook or Reddit about a specific legal issue? Unbeknownst to the lawyer not mindful of the Rules of Professional Conduct, communications such as these may create an attorney-client relationship. It’s not that difficult to establish one: the relationship may exist if a person divulging confidences and secrets to a lawyer believes that he or she is approaching the lawyer in a professional capacity with the intent to secure legal advice7.

Conceivably then, discussing specific legal issues with individuals on a social media platform, such as a divorce or a recent car accident, may result in an unintended attorney-client relationship if the individual relies on the information8.  Once the attorney-client relationship exists, obligations such as keeping client communications confidential, retaining records of communications, and running conflict of interest checks are paramount. The American Bar Association Formal Opinion 10-457 again warns that when specific legal advice is sought, disclaimers and limitations of the lawyer’s obligation are only effective if reasonably understandable, properly placed, and not misleading.

In sum, lawyers should always bear in mind their ethical obligations while trafficking on their favorite social media platform. Lawyers should also adhere to their specific jurisdiction’s rules for social media use. Thinking critically about the overall goals of the Rules of Professional Conduct will also permit competent lawyers to use social media as an extra tool in his or her practice and also enjoy the benefits of those cat videos. So feel free to post.  Just remain competent.

This article was prepared by Andrew Jones and Spencer Richards of the New York City-based law firm of Furman Kornfeld & Brennan LLP. Andrew and Spencer works as part of a team of 15 lawyers and paralegals devoted to the defense of attorneys and other professionals in malpractice and disciplinary matters. For more information about the above topic or the author, please visit: www.fkblaw.com.

We trust that the above article was useful and thought provoking; however, please note that it is intended a general guide and opinion only, not a complete analysis of the issues addressed, and readers should always seek specific legal guidance on particular matters.For more information on LPL coverage generally, contact USI Affinity today.