“What is My Life Worth?” Part 4: Who should receive my death benefit?
Why It’s Important to see the Dentist at Any Age 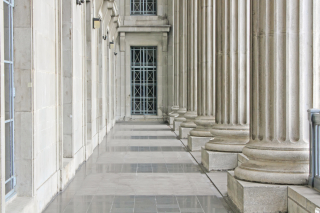 If an attorney makes a mistake in handling a claim, can a client sue him for malpractice just because the case didn’t go as planned?

When a lawyer loses a case or it settles for less than expected, it doesn’t necessarily constitute malpractice. Legal malpractice is actually quite hard to prove, and disgruntled clients who sue their attorneys just because their case did not turn out the way they hoped it would will rarely win.

What does it Take to Win a Legal Malpractice Case?

Just as with any negligence case, to win a malpractice case against an attorney, a client must prove these four elements:

In other words, to win a malpractice case against an attorney, it must be proven that the attorney departed from the professional standard of care that lawyers are held to, and made grave mistakes in handling a client’s case. Here are some common scenarios that could constitute legal malpractice:

For more information on how you and your firm can avoid mistakes and costly legal malpractice claims, contact USI Affinity today.