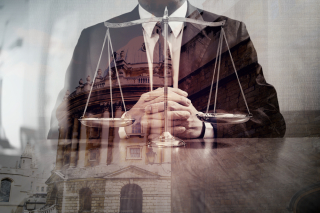 In December 2015, pursuant to the recommendations of the Commission on Statewide Attorney Discipline, the Office of Court Administration set forth the Rules for Attorney Disciplinary Matters, codified at 22 NYCRR Part 1240.  These uniform rules, made effective as of October 1, 2016, “provide for a harmonized approach to the investigation, adjudication and post-proceeding administration of attorney discipline matters.”[1]  Since their inception, many have suggested that these rules could be a positive step towards standardizing disciplinary matters for all New York attorneys who, in any event, are already subject to the same rules of professional conduct.  Nevertheless, only time will tell if such uniformity can be achieved.

One of the biggest changes ushered in by the uniform rules is the method by which non-formal and formal disciplinary proceedings are undertaken.  Prior to the enactment of the uniform rules, these proceedings, and the sanctions resulting therefrom, varied from one judicial department to the next.  Now, upon its investigation of a complaint, each judicial department’s attorney grievance committee can: (1) dismiss the complaint; (2) refer it to a suitable alternative forum when it appears that the complaint involves a fee dispute, a matter suitable for mediation, or a matter suitable for review by a bar association grievance committee; (3) make an application for diversion; (4) issue a Letter of Advisement; (5) issue a written Admonition; or (6) authorize a formal disciplinary proceeding.[2]

Diversion allows the court, upon the respondent attorney’s claim of impairment based on alcohol abuse, substance abuse, or other mental or physical health issues, to stay the investigation or proceeding and direct the attorney respondent to complete a treatment or monitoring program approved by the court.  In making such a determination, the court will consider: (1) the nature of the alleged misconduct; (2) whether the alleged misconduct occurred during a time period when the respondent attorney suffered from the claimed impairment; and (3) whether diverting the attorney to a monitoring program is in the public interest.[3]

A Letter of Advisement is issued when the committee in question finds that the respondent attorney has engaged in conduct requiring comment that, under the facts of the case, does not warrant imposition of discipline.  A Letter of Advisement is confidential and by definition does not constitute discipline, though it may nevertheless be considered by a committee or court in determining the action to be taken or the discipline to be imposed upon a subsequent finding of misconduct.[4]

Within 30 days of the issuance of the Letter of Advisement, the respondent attorney may file a written request for consideration with the committee’s chair, with a copy to the Chief Attorney.  No oral argument is permitted.  The committee’s chair will then have the discretion to deny reconsideration, or refer the request to a subcommittee or to the full committee.  Should the committee nevertheless deny the request for reconsideration, the respondent attorney can seek a further review by submitting an application to the court, with notice to the committee, upon a showing that the issuance of the Letter of Advisement was in violation of a fundamental constitutional right.  The burden of establishing a violation of any such right is on the attorney.[5]

Admonition is defined by the uniform rules as a discipline issued at the direction of a committee or the court, where the committee finds that the respondent attorney has engaged in professional misconduct, but that public discipline is not required to: (1) protect the public; (2) maintain the integrity and honor of the profession; or (3) deter the commission of similar conduct.  An admonition is a private discipline, in writing, though it may be delivered to the recipient by personal appearance before a committee or its chairperson.  In it, the committee states the facts forming the basis for their finding, and the specific rule or other announced standard that was violated.  Like a Letter of Advisement, an Admonition may be considered by a committee or the court in determining the action to be taken or the discipline to be imposed upon a subsequent finding of misconduct.[6]

Formal disciplinary proceedings are authorized when the committee finds that there is probable cause to believe that the respondent attorney engaged in professional misconduct warranting the imposition of public discipline, and that such discipline is appropriate to: (1) protect the public; (2) maintain the integrity and honor of the profession; or (3) deter others from committing similar misconduct.[8]

Pleadings in connection with formal disciplinary proceedings include: (1) a notice of petition and petition; (2) the respondent attorney’s answer; and, if appropriate (3) a reply.  Within 20 days of the filing of the answer or, if applicable, the reply, the committee is required to file with the court a statement of facts identifying all undisputed facts, as well as those facts which are disputed and require a hearing.  The respondent attorney must thereafter respond to the committee’s disputed and undisputed facts within 20 days.  In the alternative, within 30 days of the filing of the answer (or reply, if applicable), the parties may: (1) file a joint statement advising the court that the pleadings raise no issues of fact requiring a hearing; or (2) file a joint stipulation of disputed and undisputed facts.[9]

In addition to the above, the uniform rules also standardize the disclosure mechanisms between the parties.  Once formal charges have been filed, each side must exchange witness lists and documents that they intend to use at the hearing to support or contest any disputed allegations of fact.  Trial subpoenas may also be issued upon application of either party.[10]

Absent any court-approved discipline by consent, the court may refer a formal disciplinary proceeding to a referee for a hearing, followed by motion practice before the Appellate Division, which will then affirm, disaffirm, or modify the referee’s report and issue a final determination.

In addition to the non-formal and formal proceedings detailed above, the uniform rules also standardize the rules regarding, inter alia: (1) the suspension of attorneys on an interim basis during the pendency of an investigation or proceeding; and (2) the reinstatement of attorneys following disbarment and suspension.

Interim suspension orders must, inter alia, set forth the basis for the suspension, as well as provide the attorney with an opportunity for a post-suspension hearing.  Suspensions from practice may be based upon the respondent attorney’s: (1) default in responding to a petition, notice to appear for formal interview, examination, or pursuant to subpoena; (2) admission under oath to the commission of professional misconduct; (3) failure to comply with a lawful demand of the court or committee in an investigation or proceeding; (4) willful failure or refusal to pay money owed to a client, which debt is demonstrated by an admission, judgment, or other clear and convincing evidence; or (5) other uncontroverted evidence or professional misconduct.[12]  Likewise, should the committee determine that an attorney has committed a “serious crime” within the meaning of Judiciary Law § 90(4)(d), the court may suspend the respondent attorney pending final disposition, unless such suspension would be inconsistent with: (1) the maintenance of the integrity and honor of the profession; (2) the protection of the public; and (3) the interest of justice.[13]

In its final report, the New York State Commission on Statewide Attorney Discipline recommended statewide uniform rules and procedures that struck the “necessary balance between facilitating prompt resolution of complaints and affording the attorney an opportunity to fairly defend the allegations.”[15]  While many have lauded the new rules and the unified manner in which attorney disciplinary matters will be handled, it remains to be seen whether these rules will indeed be able to streamline and create uniformity in attorney disciplinary proceedings throughout the state.

A complete version of the Rules for Attorney Disciplinary Matters can be found at 22 NYCRR Part 1240.

This article was prepared by Jessica Serrano of the New York City-based law firm of Furman Kornfeld & Brennan LLP. Jessica works as part of a team of 15 lawyers and paralegals devoted to the defense of attorneys and other professionals in malpractice and disciplinary matters. For more information about the above topic or the authors, please visit: www.fkblaw.com.

We trust that the above article was useful and thought provoking; however, please note that it is intended a general guide and opinion only, not a complete analysis of the issues addressed, and readers should always seek specific legal guidance on particular matters.