Expert Disclosure Trends: Comply Early and Often or Have Your Expert Precluded!
Law Firms: Are They the Next Industry to Become a Cyber Breach Target?

Did You Get That In Writing? Document the Evolving Attorney-Client Relationship Through the Use of Non-Engagement and Disengagement Letters 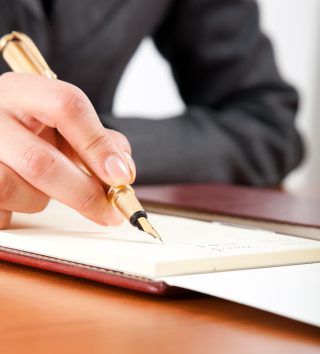 Non-engagement letters should identify the matter being declined and clearly state that you and/or your firm will not be representing the prospective client in that matter. An effective non-engagement letter can also refer the prospective client to other counsel or the local bar association (to be helpful and to further emphasize that no attorney-client relationship exists) and should include pertinent dates and deadlines, such as the statute of limitations for that matter being declined. An important caveat to note is the difference between communicating pertinent deadlines and advising on specific deadlines. Attorneys can be sued for giving incorrect information in these types of letters. Finally, non-engagement letters should ideally be sent by verifiable means (Certified Mail, return receipt requested; or email with receipt acknowledged) so the prospective client cannot later contest delivery.

Another valuable method of minimizing potential risk is through written confirmation of the conclusion of the attorney-client relationship. Pursuant to CPLR 214[6], legal malpractice claims are subject to a three-year statute of limitations. In the event of a legal malpractice action, effective use of a disengagement letter may provide the court with a clear “cut off” point as to when the attorney-client relationship concluded, and when the statute of limitations begins to run. Disengagement letters should be used when a transaction or litigation matter has concluded naturally (i.e., when the transaction is completed, or when the litigation has come to a “natural” end), or when the client retains successor counsel to take over the handling of an ongoing matter.

The disengagement letter should explicitly state that the representation in the particular matter has ended and that the law firm plans to close its file. The letter should again be sent via verifiable means to confirm delivery to the client.

Disengagement letters need not only be used as a risk management measure, but can also serve as a marketing tool. For example, if a lawyer represents a client in connection with the sale of a home, the lawyer may write the client to confirm that the transaction has closed and the lawyer intends to close her file. The lawyer may also wish to point out that her firm handles trust and estate matters and personal injury matters, and that the firm would welcome the opportunity to work with the client again in the future.

Next, and in the latter instance where a lawyer is substituted for replacement counsel before the litigation or transaction has concluded, use of a disengagement letter is equally important. In practice, determining when the original lawyer ceased providing legal services while a client matter is ongoing is often a difficult task for a court to determine without clear documentation in the file.

In the case of Farage[3], the Appellate Division, Second Department cited the proposition that “[a]n affirmative discharge of an attorney by the client” is immediate. By contrast, from the standpoint of adverse parties, counsel’s authority as an attorney of record in a civil action continues unabated until the withdrawal, substitution, or discharge is formalized in a manner provided by CPLR 321.”[4] For this reason, the Second Department found the attorney-client relationship effectively ended prior to the filing of a Consent to Change Attorney with the court, when the client conveyed to her lawyer that he was discharged. The lesson to be drawn from Farage is that a lawyer discharged by a client prior to the conclusion of a matter, particularly one in litigation, should be mindful to document the conclusion of the attorney-client relationship immediately, even before a Consent to Change Attorney is filed with the court. This ensures that the earliest possible accrual date of legal malpractice action is preserved.

If the decision not to represent a client or the end of the law firm’s representation of a client on a particular matter is not made clear, then the law firm remains a potential target if problems subsequently arise in connection with that case or transaction, and the law firm’s exposure to a potential legal malpractice claim may unnecessarily be extended.

The key to maintaining an effective risk management program is to incorporate basic techniques, such as writing a non-engagement letter or disengagement letter, into your everyday practice. Documenting the attorney-client relationship at each stage is an extremely simple yet very powerful tool in not only reducing the risk of a legal malpractice claim, but also in strengthening your defense should a claim be made against you.

* This article was prepared by Andrew R. Jones, Esq. and David Furman of the New York City-based law firm of Furman Kornfeld & Brennan LLP.  Andrew and David work as part of a team of 15 lawyers devoted to the defense of attorneys and other professionals in malpractice and disciplinary matters, as well as advising insurers in professional liability matters, including insurance coverage and litigation.  For more information about the above topic or the authors, please visit: www.fkblaw.com.