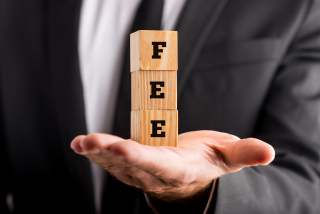 Lawyers are usually well aware of the three-(3)-year statute of limitations period to commence a legal malpractice action. However, many are unaware that an action to recover unpaid legal fees opens the door to limited counterclaims for legal malpractice, regardless of the timing.

The best way to avoid having to sue for fees is great accounting practices. Sending invoices on a regular basis and promptly addressing delinquent accounts minimizes an attorney’s exposure.[1] Two recent decisions, discussed below, serve as practical reminders that commencing a legal action to recover unpaid legal fees should be the practitioner’s remedy of last resort.

The three (3) year limitations period for legal malpractice claims is set forth in CPLR § 214(6). The period is calculated from the date of the alleged malpractice, irrespective of the date of discovery. See Farage v. Ehrenberg, 996 N.Y.S.2d 646 (2d Dept. 2014).  The only circumstance which will have a “tolling effect” on a legal malpractice claim is where the attorney provides continuous representation to the client “…with respect to the matter underlying the malpractice claim.” See Debevoise & Plimpton, LLP v. Candlewood Timber Group LLC, 102 A.D.2d 571, 959 N.Y.S.2d 43 (1st Dept. 2013).  There, the limitations period is tolled until the ongoing representation of a client with the particular matter is completed. Id.  This suggests an absolute bar for any legal malpractice claim asserted after the three (3) year limitations period closes.  Consequently, many practitioners hold the misapprehension that they bear little-to-no risk if they commence an action to collect unpaid legal fees more than three (3) years after the representation ended.  This is incorrect.

Balanoff v. Doscher, 2016 NY Slip Op 04896 (App. Div. 2d Dept. June 22, 2016) underscores the risks of collections actions for legal fees.  Plaintiff sued to collect legal fees, and the defendant counterclaimed, asserting legal malpractice.  The lower court granted Plaintiff’s motion to dismiss the counterclaims.  The Appellate Division reversed, finding that the counterclaim for legal malpractice should not have been dismissed “…to the extent that counterclaim seeks to offset any award of legal fees…”  This counterclaim, which ordinarily would be time-barred by limitations period imposed by CPLR § 214(6), is afforded the benefit of the relation-back doctrine, as codified in CPLR § 203(d).  The Balanoff Court unambiguously sets forth the limitations of counterclaims pursuant to CPLR § 203(d), holding that the provision may serve “…only as a shield for recoupment purposes, and does not permit the defendant to obtain affirmative relief…”

One could argue that a party asserting an otherwise untimely malpractice claim may now seek affirmative recovery. However, it more likely appears that the Court was performing a cursory analysis of the counterclaims to see if they satisfied the requirements of CPLR § 203(d).  Pursuant to CPLR § 203(d), an otherwise untimely counterclaim is permissible only if it “…arose from the transactions, occurrences, or series of transactions or occurrences, upon which a claim asserted in the complaint depends, it is not barred to the extent of the demand in the complaint.”  Counterclaims are limited to the extent of the demand in the original complaint. See Goldberg v. Sitomer, Sitomer & Porges, 97 A.D.2d 114, 469 N.Y.S.2d 81 (App. Div. 1st Dept. 1983) aff’d 63 N.Y.2d 831, 472 N.E.2d 44 (1984). As such any counterclaim to an action to collect a sum certain of legal fees appears necessarily limited to recoupment. See Alvarez v. Attack Asbestos Inc., 287 A.D.2d 349, 731 N.Y.S.2d 431 (1st Dept. 2001).  Here, the Lewis Brisbois Court summarily held that the “subject counterclaims…all arise from the transactions and occurrences upon which the complaint depends,” noting that the appellant failed to address the CPLR 203(d) issue—leaving little for the Court to deliberate.  The decision did not give the basis of its finding.  The Court also held that the counterclaim for legal malpractice was timely “to the extent of the demand in the complaint.”  Again, the Court gave no rationale behind the determination.

At first glance, Lewis Brisbois may indicate a change in this area of practice.  However, a closer reading suggests that the Court was simply stating legal conclusions and terms of art in the absence of argument from the appellant.  It seems unlikely that the Court would break with decades of legal precedent on an issue that was not disputed.

While neither Balanoff nor Lewis Brisbois signals a sea change in the law governing counterclaims for legal malpractice, they exemplify the prudence of good accounting practices.  Regular and consistent accounting is quite simply the best preventative measure against large accounts receivables and exposure in any later recoupment efforts.[3]

* This article was prepared by Andrew R. Jones, Esq. of the New York City-based law firm of Furman Kornfeld & Brennan LLP.  A longer form version was published in the NYSBA Winter 2016 Journal. Andrew works as part of a team of 15 lawyers devoted to the defense of attorneys and other professionals in malpractice and disciplinary matters.  For more information about the above topic or the author, please visit: www.fkblaw.com.

For more information on LPL coverage generally and how conflict checking and client selection can affect the exposure of your firm to malpractice claims, contact USI Affinity today.

[1] For a more in-depth discussion of the limitations period for legal malpractice actions, see “How to Avoid Being Sued When Collecting Legal Fees,” Professional Liability Defense Quarterly, 7:2: pp. 8-12 (Spring 2015).

[2] Although the counterclaim for legal malpractice was found to be timely, the Appellate Division dismissed a number of the other counterclaims as duplicative. When concurrent claims are based upon the same set of operative facts as the legal malpractice claim, the concurrent claims will be properly dismissed as redundant. See Ullman-Schneider v. Lacker & Lovell-Taylor, P.C., 121 A.D.3d 415, 944 N.Y.S.2d 72 (1st Dept 2014).