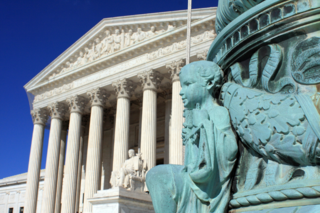 On June 25, 2015, the Supreme Court confirmed in a 6-3 decision that premium tax credits and cost-sharing subsidies (referred to as "subsidies") are available in the federal Health Insurance Marketplaces (also referred to as the "Exchange").1

This ruling effectively removes any challenges to the ability of Exchanges to offer subsidies to qualified individuals.

What Was the Issue?

The issue in this case was whether the IRS set forth rules consistent with the statutory language (as is within its authority) or overstepped its bounds. Under the text of the ACA (creating Code § 36B), subsidies are available in "an Exchange established by the State under § 1311 of the ACA."

Subsequent IRS regulations interpreted § 36B to permit eligible individuals enrolled in qualified health plans in either a state-based or a federally-facilitated Exchanges to access these subsidies.2

The federally-facilitated Exchanges are not authorized under § 1311 of ACA, but rather § 1321.

Stakeholders challenged the IRS regulation, based on a strict reading of the language in § 36B that referenced only § 1311 of the ACA.