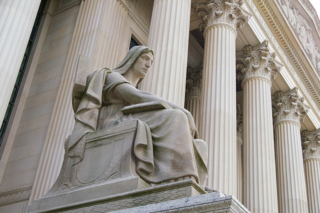 The Centers for Medicare & Medicaid Services ("CMS") announced on February 20, 2015 a special enrollment period for individuals and families who did not have health coverage in 2014 and are subject to the "shared responsibility payment" when they file their 2014 taxes in states which use the Federally-facilitated Marketplaces ("FFM").

Those eligible for this special enrollment period live in states with a federally-facilitated Marketplace and are currently not enrolled in coverage through the FFM for 2015, can attest that when they filed their 2014 tax return they paid the fee for not having health coverage in 2014 and attest that they first became aware of, or understood the implications of, the Shared Responsibility Payment after the end of open enrollment (February 15, 2015) in connection with preparing their 2014 taxes. If a consumer enrolls in coverage before the 15th of the month, coverage will be effective on the first day of the following month.

Effective March 27th, the DOL amended the regulatory definition of "spouse" under the Family and Medical Leave Act ("FMLA") so that "spouse," for purposes of FMLA rights includes a same-sex spouse, regardless of where the employee and spouse live. This means the "place of celebration" will determine whether an individual is a "spouse" under FMLA. Current FMLA regulations use a "state of residence rule," recognizing a spouse under the law of the state in which the couple resides.

In June 2013, the Supreme Court, in United States v. Windsor, struck down the federal definition of "marriage" and "spouse" under Section 3 of the Defense of Marriage Act ("DOMA"), holding that same-sex marriages valid under state law are recognized at the federal level. The decision affects over 1,100 sections of federal law that have a provision based on marriage, including the FMLA. In a nutshell, the FMLA requires certain employers to permit eligible employees to take up to 12 weeks (26 weeks in the case of caring for an injured service member) of unpaid, job-protected leave each year because of a new baby, to care for an immediate family member who has a serious health condition, or because of their own serious health condition, or because of an emergency when a family member is called to active military duty.

A covered employer is required to maintain group health plan benefits for an employee on FMLA leave on the same terms and conditions as if the employee had continued to work. When the employee returns from FMLA leave, the employer must restore all the employee’s benefits.

Following Windsor, the DOL’s FMLA guidance, revised in August 2013, required employers subject to the FMLA to extend FMLA rights to an eligible employee in connection with his or her same-sex spouse only when the employee and spouse reside in a state that recognizes same-sex marriage; FMLA rights related to a same-sex spouse currently do not apply to an employee residing in a state that does not recognize same-sex marriage.

The rule means that an eligible employee, regardless of where s/he lives, is able to: